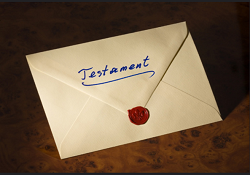 When one of the autonomous tax administrations of the Basque Country (Álava, Gipuzkoa or Biscay) is competent, usually the tax will also be governed by its own autonomous legislation, and this can have a significant impact on the amount to be paid.

The Economic Agreement between the Basque Country and the rest of Spain establishes that in the case of nonresident heirs the estate tax shall be levied by the competent regional government when “all the assets or rights in question were located, might be exercised or should be fulfilled in Basque territory”.

Therefore, the question arises whether the expression “all the assets” refers to all the assets belonging to the decedent or to the assets to be acquired by one particular heir.

The Junta Arbitral del Concierto Económico (the Arbitration Board envisaged in the Economic Agreement) has dealt with this issue in a recent resolution . In the case, the decedent, resident in Biscay, owned assets both in the Basque Country and in the rest of Spain, but intended to transfer to one of his heirs, residing in the USA, only shares in a company located in Biscay, and none of the assets located elsewhere in Spain.

The Arbitration Board has clarified that the assets to be considered are the ones to be acquired by each nonresident heir. Thus, in this case of acquisition by an heir resident in the USA exclusively of the shares in a company domiciled in Biscay, the Biscayne autonomous regulation would govern the inheritance tax, notwithstanding the fact that the deceased owed other assets in other parts of Spain.