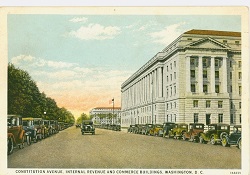 As explained in an earlier post, groups of companies with a turnover of more than 750 million euros are required to file a country-by-country report before December 31, 2017, referred to their operations in 2016 (for entities with a December 31 year-end).

As a general rule, it will be the parent company of the group the one that must file this information with the tax authority of its own country and this tax authority will inform the tax administrations of the other countries where the group operates. In this way, as a general rule, Spanish subsidiaries of foreign-controlled multinational groups will not have to file the country-by-country report, but simply inform the Spanish tax authorities of which entity of the group will file it and in which country it will do it.

There was, however, a problem for companies belonging to US-controlled multinational groups, since in this country the obligation to provide country-by-country information has only been established for fiscal years beginning on or after 30 June 2016, that is to say, starting in 2017 for entities with a December 31 year-end. As a consequence, for the 2016 financial year, the Spanish companies of these groups were required to file the group’s report, for which they might not have all the necessary information.

In order to solve this problem, the US Internal Revenue Service will allow US parent companies to voluntarily file a country-by-country report in the US for year 2016. In this note our colleagues from Taxand USA inform us of the steps that the IRS is taking to implement this possibility.