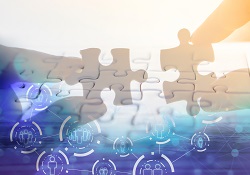 As we have already informed you through our recent alert, Biscay and Gipuzkoa have just transposed the “ATAD 2 Directive“. The main purpose of the approved measures is to prevent the occurrence of the so-called “hybrid mismatches”, situations in which divergent legal definitions in different countries may lead to cases of non-taxation.

Although, apparently, it may seem that the new regulations only apply to very specific cases, actually, they may affect taxpayers more often than expected. Therefore, let us consider some examples.

Deduction of an expense without inclusion of an income

Nevertheless, due to the approved amendment, the expense recorded by B would not be deductible in Gipuzkoa if the income is not taxed in the jurisdiction of its parent company. This situation is not uncommon in the case of subsidiaries of U.S. parent companies which, for instance, may choose to consider some of their subsidiaries as tax transparent (disregarded entities). Therefore, it is advisable to review the classification that the U.S. company groups have made of their subsidiaries in Biscay or Gipuzkoa.

Double deduction of an expense

In this example, once again, we start from a different legal characterization of an entity in its own jurisdiction and in its parent company´s. In this case, the subsidiary records an expense for a transaction with a third party, expense that could also be allocated to its parent company due to tax transparency rules: 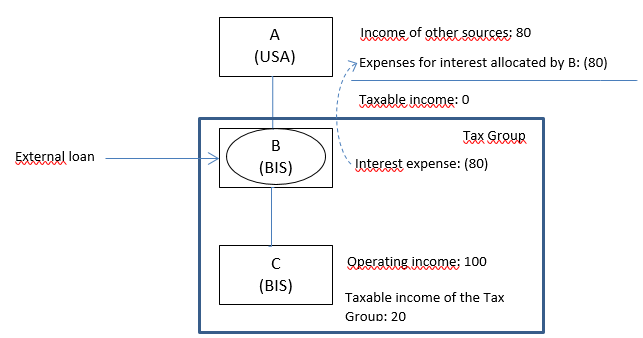 Similarly to the previous case, after the amendment, the expense recorded by the Biscayan company B would not be deductible if the same expense has been deducted by its U.S. (for instance) parent company.

Comparable effects can arise in transactions carried out with or by a PE. For example, this can take place if a PE bears expenses that are compensated with income obtained by other entities of the tax group to which the PE belongs and, at the same time, these expenses are allocated to its head office.

Considering that, as a general rule, negative income obtained by PEs are deductible for Basque head offices, it is worth reviewing the treatment of such negative income in the jurisdiction where the PEs perform their activity.

This may be the case, for example, with certain convertible bonds. In these cases, the tax regulations may deny the exemption for income qualified as a dividend by Biscayan or Gipuzkoan investors.

We have pointed out only some of the possible cases that may affect our companies, after the transposition of the Directive (and which may alter, for example, investments made through figures such as the German “Kommanditgesellschafts” -KG- or the US Limited Liability Companies – LLC-, among others). In some cases, the effects may be recaptured in subsequent years, but in others, they will be definitive.

Therefore, it is advisable to review in detail the international agreements adopted by Biscayan or Gipuzkoan taxpayers, as well as the structure of the groups to which they belong.