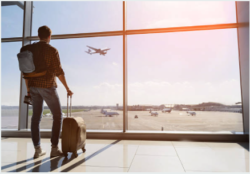 The ownership of assets and rights abroad must be reported through Form 720, where certain quantitative thresholds are exceeded. The breach of this obligation is subject to a very severe penalty regime.

Although the CJEU has not yet handed down a judgment, Gipuzkoa has approved a number of provisions in 2021 that substantially modify that information return, in order to provide greater legal certainty to taxpayers.

The main changes are summarized below:

As stated in our Alert of April 22, 2021, Provincial Law 3/2021 amended the regulations in force, differentiating between breaches related to assets situated in the EU and those situated in third countries.

In particular, two new cases were added in which unjustified capital gains are not deemed to exist.

The 10-year period must be computed as from the commencement date of the procedure for application of taxes which evidences the existence of the assets or rights not reported.

In this Provincial Decree, changes were introduced in the manner and periods for filing Form 720, effective now in the returns to be filed in 2021 with respect to fiscal year 2021:

The reporting obligation is also maintained where there is a transfer or derecognition of an asset or right previously reported.